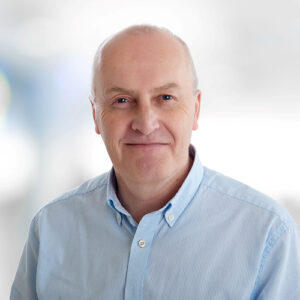 As a result of a perfect storm of unprecedented international macro-economic and political events and the Covid pandemic, the challenges currently facing global supply chains and the international logistics and transport sectors are significant. That being said, these challenges represent a great opportunity for CILT International and its global network and I look forward very much to being a part of the CILT team that works to support companies and organisations operating across these sectors.

He worked at De La Rue Plc for over ten years where his last role was as Regional Managing Director for Africa, Middle East, and South Asia with responsibility for three De La Rue companies based in South Africa, India and the UK.

Following De La Rue, he worked for the NCR Corporation in a senior EMEA role and then as  Managing Consultant at a mid-sized management consultancy firm before setting up his own international strategy consultancy which he ran for over fourteen years.

Mark has a degree in Russian Studies from the University of Leeds, an MBA from University of Bradford School of Management and an MSc in Management Research (also from Bradford). He is a keen squash player and mountaineer, having climbed Mount Kilimanjaro three times, Mount Kenya twice and Mount Elbrus. He loves reading and languages and speaks Russian, French, Czech, Spanish, and Hungarian.