Constant awareness towards the destruction of ozone layer, global warming and various externalities on the environment has changed the dimension through which businesses engage. This has a whipping effect of the financial resources as which should be closely monitored and at the same time liberally released for the benefit of the society and environmental sustainability.

Until recently, climate issues have been neglected and left in the hands of lobbyists and pressure groups to speculate with no corresponding action being taken. However drastic changes in the climate have seen a sudden interest on issues such as global warming, greenhouse effect and ozone layer preservation.

Economists have taken a step as witnessed by the recent developments of the World economic forums’ preceding conferences in Davos where it has been put as part of the agenda, closing remarks and follow-up item. Even our own Republic through the President has taken an initiative to that effect by sending and vowing to back a representatives including young climate activist to give a report and recommendations on climate change.

Politicians, economists and economists are at loggerheads as no one is prepared to take responsibility of mitigating climate damage. But is all that going to be enough to spearhead behavioural change towards climate conservation. Or more action is needed from every sector including economic, political and civic society groups.

With such high standards and expectations demanded, transport infrastructure provision and maintenance needs a greats thought for it to happen. This considerably alters the decision-making matrix of an enterprise in all aspects, more so when it comes to budgets decisions. 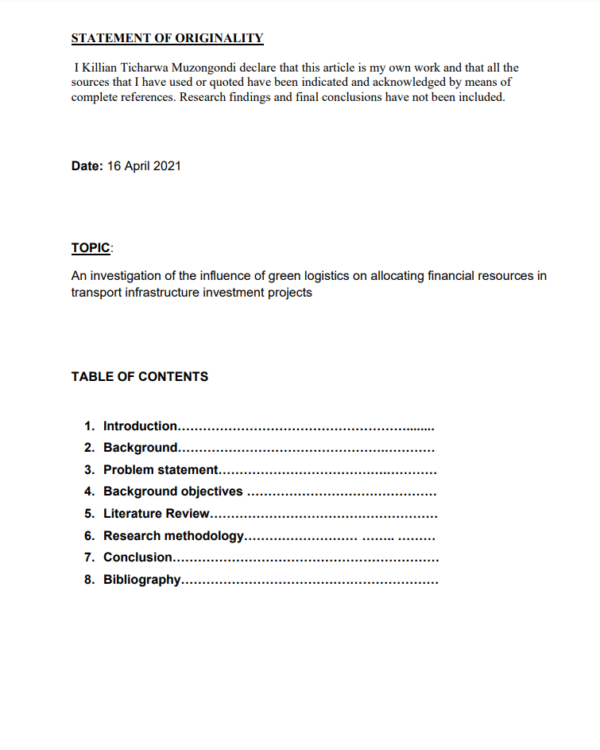