Australia’s High Productivity Vehicles Delivering Continued Safety, Productivity and Sustainability Outcomes During and After the Pandemic

The beginnings of a new road freight productivity scheme was first initiated by the then National Road Transport Commission (NRTC) over the period 1997-2006. The scheme was called the ‘Performance Based Standards’ (PBS) Scheme and it was the scheme whereby these new ‘High Productivity Vehicles’ were allowed to operate. After trials the States and federal government finalized the scheme in 2007 and handed the operational aspects of this new national scheme over to the newly created National Heavy Vehicle Regulator (NHVR) in 2013.
These vehicles from a safety, productivity and environmental perspective have produced significant benefits when compared to Australia’s conventional trucking fleet. 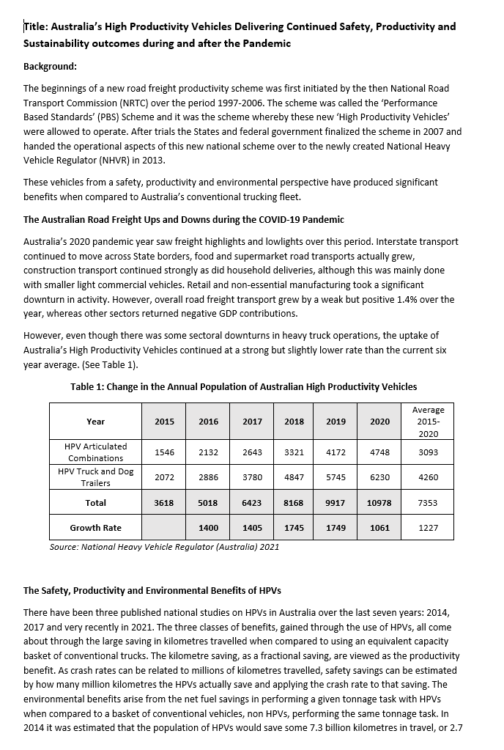