Cities in the Philippines are growing at an unprecedented pace. The United Nations estimates that by 2050, 68% of the population will live in cities, up from 55% today (United Nations, 2018). Philippine cities also play a vital role supporting the economy, generating more than 70% of our national income.

An efficient transport system plays a key role in delivering prosperity, with urban mobility essential to meet the social and economic needs of residents and of the economy. However, transport is also an area which generates a number of undesirable impacts. These include congestion (which is estimated to cost the economy more than EUR 61.0 million, or PHP 3.5 billion, daily), emissions of both local air pollution and greenhouse gases, accidents leading to injury and loss of life, and detraction from the public realm resulting from the public space given to highways.

Without action, transport challenges in Philippine cities will persist and likely worsen in the future. The pressures of a growing urban population and rising incomes will increase motorisation rates, resulting in worsening congestion, increased emissions, and a failing mobility system. By nature, space within cities is limited, so the ability to increase road-space for more vehicles is restricted, and further roadbuilding as a has proved to be an ineffective solution around the world, as this just encourages even more traffic. 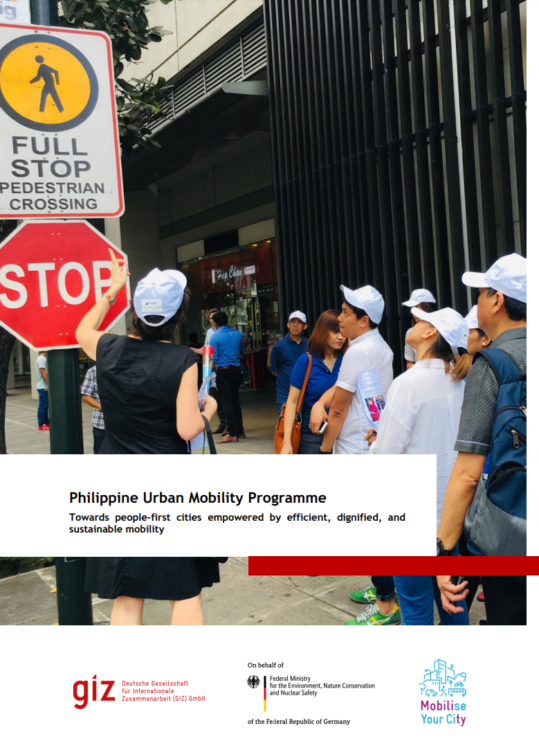