The Chartered Institute of Logistics and Transport is pleased to announce that Mr Yuriy Lavrinenko is to become an Honorary International Ambassador. Mr Lavrinenko, former Kazakh First Minister for Transport and current Deputy Chairman of Kazlogistics, the Kazakh Union of Transport Workers, is being recognised for his work behind the scenes, laying the foundations for a prosperous relationship between CILT and the Republic of Kazakhstan, and ensuring the ongoing success of our newest branch, CILT Kazakhstan.

Mr Lavrinenko was presented with his award this week during meetings in the UK between a delegation from Kazakhstan and the International Secretariat about the development of CILT Kazakhstan. Speaking about the award, CILT International Secretary General Keith Newton said, “CILT Kazakhstan was inaugurated as our 34th branch in June 2017, and since then has been very active in the country seeking to establish standards in our industry. Transport and logistics is at the core of the economy in Kazakhstan, and a keystone of the Kazakh nation’s plans for growth and prosperity. CILT, through our dedication to world class education and our global network of industry professionals, are seen as the ideal partners in this endeavour. We are privileged to have the support of a person like Mr Lavrinenko as we work with CILT Kazakhstan and the Kazakh government to establish high professional and educational standards throughout the industry.”

CILT Kazakhstan is the 34th member of our global family. The culmination of several years’ hard work and careful planning working closely with the Kazakh Academy of Transport and Communication (KazATC), CILT Kazakhstan is well placed to become an integral part of our organisation and our industry. In the words of Dr Nurlan Igembayev, the first President of CILT Kazakhstan, “We have everything, highly qualified trainers, excellent training facilities and laboratories… excellent relations with foreign national companies through consultancy work …and access to a large internal market.” CILT International President Kevin Byrne is equally optimistic, “As someone who believes strongly in the value of education, I am very impressed by CILT Kazakhstan and their direction of travel. Nurturing talent has been a core value of CILT since its inception, and I am pleased to see these ideals embodied by the CILT Kazakhstan team.”

Kevin Byrne reviews 2017 and looks forward to the year ahead 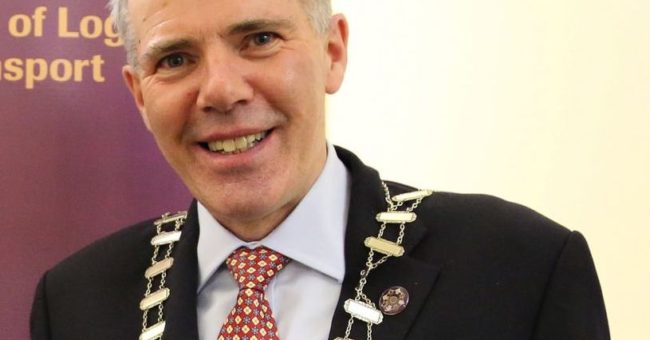