It is not the first time I have spoken with Gayani, and instantly recognise her clear, friendly voice as she joins the zoom call. The reason for the call is Gayani’s recent appointment as the Global Chairperson of Women in Logistics and Transport (WiLAT), though this is only one of her many accomplishments.

Already being aware of her impressive CV, this continued display of leadership is not surprising to me. However, I did not know about the level of personal and professional bravery, particularly in the face of social and gender-based adversity. We start at the beginning, with her early career.

stereotypical people thought women shouldn’t go in to engineering so there was only one class. I chose engineering and got in to the University of Moratuwa

‘I went to a very good school. At advanced level (senior year in Sri Lanka) it was very competitive, especially for maths – stereotypical people thought women shouldn’t go in to engineering so there was only one class. I chose engineering and got in to the University of Moratuwa.’

However, such attitudes were not the only adverse influence on Gayani’s early career. ‘Unfortunately at the time I went to university we had civil unrest in the country, and so the universities were disrupted…When I was in my third year (Sri Lankan engineering degrees take four years) I met my husband, my fiancé at the time. He finished his degree and went to the UK to do his PhD at Cambridge. By the time he had finished his PhD I still hadn’t been able to finish my degree due to the university closures.’

Eventually, Gayani chose to finish her degree outside of Sri Lanka. ‘I got admission to Reading University. They gave me transfer credits for the three years I spent in Sri Lanka and enrolled me for a Master’s in Food Processing Engineering. They said if I did well during the first semester they would enrol me on a one year MSc.

After graduating Gayani spent a year and a half working for a confectionary company back in Sri Lanka. Then a friend mentioned Unilever were running a management trainee programme, and Gayani applied for the course. ‘Luckily I was chosen for that. I joined Unilever in 1995 as a management trainee in the factory. There weren’t many females in the factory. Because my background was technical and engineering I was chosen to work in the food research and development area. I had to work very closely with the factory.’

Despite the daunting task of making her way in what was at that time a largely male working environment, Gayani speaks warmly of her experiences there. ‘Unilever is a lovely place where you get lots of exposure and a lot of training and sharing of information. It really helped me.’

After working in the research and development department for a few months. A new opportunity came along. ‘There was a position that became vacant. Luckily for me the company felt I should fit into this other role, so after 8 months in that first job I was asked to move into the Quality Assurance Manager role. I was quite stunned when the company Technical Director offered the role to me, because I was relatively new and didn’t have experience managing people. But my nature is such that when somebody offers a challenge I’ll take it. There have been a few turning points in my career and this was the first.’

But my nature is such that when somebody offers a challenge I’ll take it. There have been a few turning points in my career and this was the first

Upon taking the role, Gayani was sent on auditor training. ‘At that time Unilever had a quality auditor training programme and I was one of the first groups from Asia to be trained and to audit the entire Unilever global network. That was a great opportunity as a young manager.’

‘This also opened up other opportunities for me, as after about a year and a half the company upgraded me to Head Auditor status. I was leading a team of auditors from three different countries. We had to go and audit operations in other countries and give a rating. It gave me great experience, leading a team from three different countries who didn’t always share a common language – I had to use a lot of translators.’

‘It also gave me a lot of confidence, and moulded me as a professional, because as a young manager I dealt a lot with the Board of Directors, and not only in Sri Lanka but across the Unilever family.’

The next challenge would follow this. ‘I was considered a high potential manager who would be given additional responsibilities. Normally what happens is if you are going to get promoted you will be sent on an expatriation role. So in 2001 I was offered a role in the Regional Innovation Centre in Bangalore. I moved and worked there for two years.’

It wasn’t until her return to Sri Lanka, that Gayani would be faced with the next big step in her career. ‘The company offered me a move in to Supply Chain, and this was another turning point for me. Although I didn’t know anything about Supply Chain at that time I said “ok I will try that”. It really helped me and without taking that role I don’t think I would have been able to get on to the Board of Unilever.’

Perhaps unsurprisingly, this move would not be plain sailing. But nevertheless, Gayani was able to make a success of it. ‘I had to work really hard to earn the respect of people. Because I had been parachuted in from a different department, some senior people, especially the older men who were close to retirement, were a bit insecure and felt threatened by me…As a person, my interpersonal skills are good, and I like to work with people. This helped me greatly and they started sharing information with me willingly.’

Her success in this role was recognised in 2008 when Gayani was invited to join the Board of Directors in Sri Lanka, when she became the Supply Chain Director.

We then move the discussion on to her affiliation with CILT. After 2 years working closely with CILT Sri Lanka’s council, then under the chairpersonship of Pegasus award winner and International Vice President for South Asia Saliya Senanayake, the responsibility for setting up a corporate partnership programme came up and Gayani was chosen for this task.

Gayani stayed as Chairperson of WiLAT Sri Lanka for 4 years before handing over the baton to her successor. During that time she pioneered many initiatives in Sri Lanka, including the highly successful “Ignite” mentoring program, and a UNWomen HeforShe program which received global recognition.

She continues to actively promote gender diversity in Sri Lanka, and has been part of the Taskforce appointed by the Prime Minister’s office to increase female labour force participation, as well as the Women director’s forum, and the Women Advisory Committee of the Ministry of Skills Development to improve tertiary and vocational education for women.

Seven years later and after serving a term as Chairperson of CILT Sri Lanka, Gayani has become Global Chairperson of WiLAT. We discuss what she hopes to achieve during her tenure. ‘My first priority is to strengthen what we have already built. I want to make sure all chapters work closely with the wider CILT family so they get the support they need.’

‘The next priority is to grow. I have already worked with Bangladesh and South Korea. Bangladesh joined the WiLAT family in August as the 22nd country. CILT has now set up a branch in South Korea, and the next step is to create a WiLAT. There are many more countries in the pipeline.’

The third step is to widen the experience of the WiLAT membership base, drawing in experience from all sectors of our industry. ‘We want women with diverse experience and capabilities. That way you are more open and inclusive. Whilst growing reach we must make sure we get women from all sectors.’

We have good partnerships, but I want to take it out of the countries and up to the global level

Finally Gayani wants to create global partnerships with WiLAT. ‘We have good partnerships, but I want to take it out of the countries and up to the global level. WiLAT should have partnerships with organisations like UNWomen, other global agencies for women and global corporates, so that we can give a voice to our members and women in our industry.’

Gayani sees this as key to getting finance that can help WiLAT chapters to grow. ‘There are many funds available, like USAID grants, but how do we create a presence to get noticed?’

Although our conversation doesn’t include an answer to that question. Given everything else said today, I will not be surprised when Gayani figures it out.

Next Story
News
International Webinar on Entrepreneurship: Before and After the Pandemic.

Members from our Next Generation Forum share their experience. 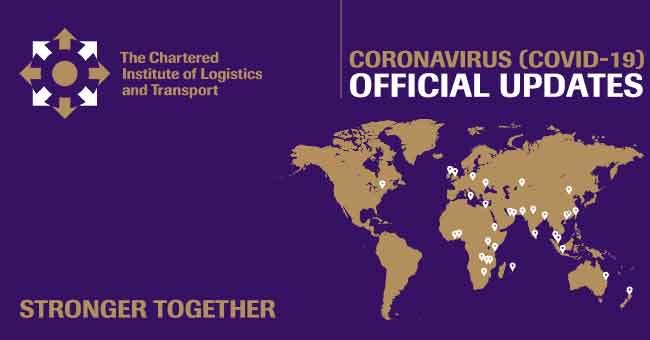