The Chartered Institute of Logistics and Transport is very pleased to introduce our new International President, Paul Sainthouse FCILT.

Paul is familiar to many in the Institute from his time as President of CILT (UK). He is a 35-year veteran of the transport and logistics sector, and proud to be a Fellow of CILT.

During his international presidency Paul plans to work closely with all key stakeholders to deliver robust growth and ensure the Institute continues to go from strength to strength. He will focus on the Institute’s ability to provide unrivalled support and resources, equipping members for the challenges ahead – be they digital, social, economic, or environmental.

I am proud to lead the Institute while societies around the globe look to the planners and providers of transport and logistics to solve many of the challenges we face.

Speaking about his appointment, Paul discussed the vital role CILT will need to play in the coming months and years. ‘CILT has never been more relevant, more purposeful and more needed by society than it is now. I am proud to lead the Institute while societies around the globe look to the planners and providers of transport and logistics to solve many of the challenges we face.’

He went on to online the core principles that will guide his two-year term as President. ‘It is my intention to continue to build on the foundations laid by my predecessors, and to ensure that the Institute is on a sound organisational and financial footing, has a scalable offering aimed at aggressive membership growth and always remembers that its core purpose is to support its members on their lifelong career journey.’

One of Paul’s key aims is to enhance CILT’s three forums – WiLAT, Next Generation, and the new International Business Forum, using them as a vehicle to further the reach, reputation, and impact of the Institute. ‘It is vital not only that the membership receive the services and access to skills that they need, but that their qualifications are recognised and valued by businesses and employer globally. The forums talk loudly to these businesses and creates greater recognition and value for CILT. Without a context and meaning, membership loses much of its value – and it is implicit on the leadership to ensure that its members receive the professional recognition that they have worked so hard to attain.’

I am delighted to hand on the leadership of the Institute to Paul Sainthouse. Paul is a highly capable man and fully committed to the family ethos of CILT.

Paul is joined by President Elect Chief Teete Owusu-Nortey, with whom he shares a vision of our Institute as a great enabler, helping members to deliver the movement of people and goods in a way that minimises the terrible economic and social impact of the ongoing global pandemic. As a leadership team, they will achieve this through unity, harmony and the sharing of best practice.

Paul succeeds outgoing President Dato’ Dr Ts Abd Radzak Abd Malek, who commended his belief in the close ties of the CILT global family. ‘I am delighted to hand on the leadership of the Institute to Paul Sainthouse. Paul is a highly capable man and fully committed to the family ethos of CILT. I am also pleased that Chief Teete Owusu-Nortey joins him as President Elect, and I am sure Paul will benefit greatly from the Chief’s experience and support. I wish them every success.’ 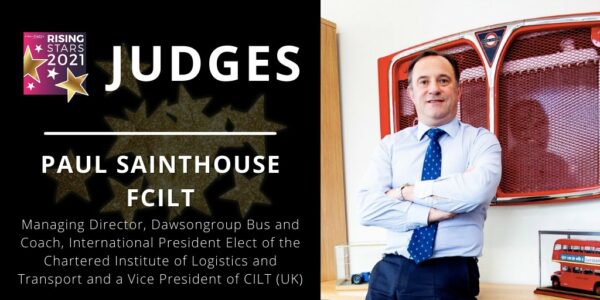 An active champion of diversity and inclusion in the transport and logistics sector, Paul is a strong supporter of Women in Logistics and Transport. He was a member of the advisory council to the UK Government Department for Transport during their ‘Year of Diversity’, helped launch CILT UK’s ‘Everybody matters’ programme and has for 3 years been the transport section judge for the WeAreTheCity Rising Star Awards – the first to focus on the female talent pipeline below management level.

Paul is Managing Director of Dawsongroup Bus and Coach Limited, a position that he has held since 2002. The business owns and operates close to 2,000 passenger vehicles in the UK and Ireland, and has consistently outperformed its peers in its own marketplace. He is also a member of the Dawsongroup plc Advisory Board. 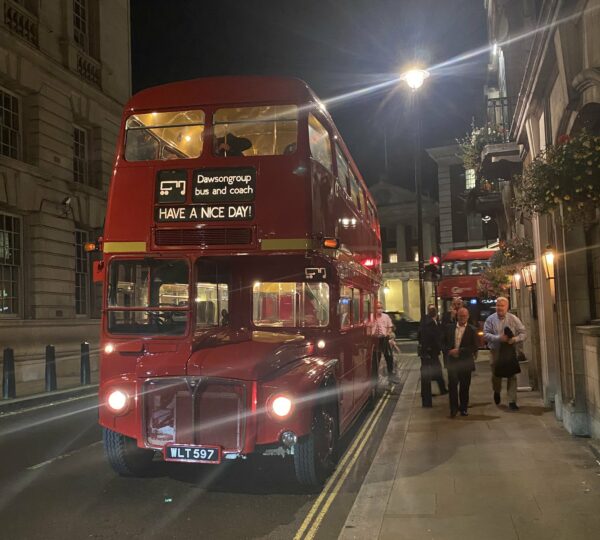 Paul joined Dawsongroup as a management trainee in 1987 and progressed quickly whilst gaining experience in all areas of management with the then wholly UK domestic business. He moved to Mercedes-Benz Finance in 1993 as UK Rental Manager where he was responsible for delivering a car and van rental business embedded within the UK franchised dealer network. Returning to Dawsongroup in 1995, he took on management responsibility for the group’s rapidly expanding fleet and procurement functions, before being appointed a director in 1997. Paul subsequently held a variety of other management positions with the company, finally moving permanently into passenger vehicles in 1998.

Paul is Patron of the London Transport Museum, actively supporting their education and engagement objectives. He is a Freeman of the City of London, and a Liveryman of the Worshipful Company of Carmen, where he sits on both their Educational and Awards Panels. Paul is also the proud owner of two restored classic London Transport Routemaster buses which he uses for charitable activities including participation in the City of London Cart Marking ceremony, as well as at the annual ‘Imberbus’ event – a unique public showcase for the UK passenger transport industry and a generator of significant funds for a number of worthy charitable causes. 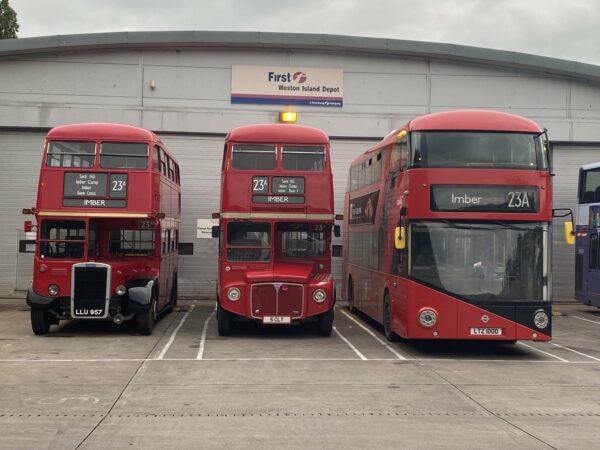 Paul is a board member of the UK’s transport sector representative body, the Confederation of Passenger Transport (CPT), whilst also holding roles as the Chair of their Suppliers Committee, and a member of their Governance Committee. He is also both Secretary and Advisory Board member to the UK’s All-Party Parliamentary Group for the Road Passenger Transport Industry. Paul keeps up to date with the world of business as a member of the Institute of Directors.

There can be no doubt the Institute is in safe hands, and through the work of our new President and President Elect, alongside the efforts of our Trustees and the wider CILT family, CILT will continue to grow and prosper over the next two years.

Women in Logistics and Transport (WiLAT) share the second edition of their global newsletter. 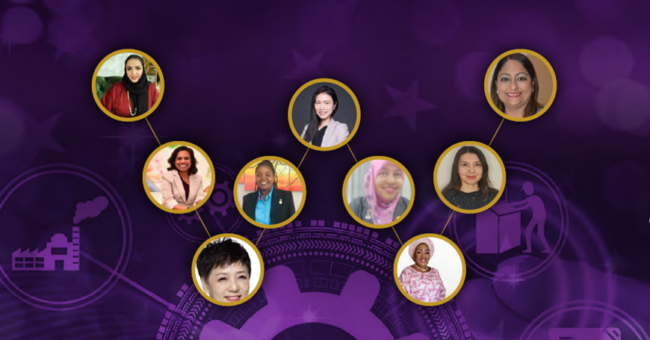